Replace Vs. Upgrade: What's The Right Choice for Your Irrigation System?

An aging irrigation system is like an old car. It can run along fine for a number of years but will eventually start to break down.

It’s at this point that you may ask yourself, “Is this worth fixing? Or is it better to completely replace this irrigation system?”

Like many other landscaping questions, the answer depends on several different factors.

Should Your Replace or Repair Your Irrigation System?

“The life of an irrigation system depends on the maintenance of the system,” says Kelly Ogden, Director of Revenue at Michael Hatcher & Associates. “Typically we see systems that are over 20 years of age and still performing.”

Just because an irrigation system is still performing, however, doesn’t mean that it won’t require replacements along the way.

“A homeowner will replace a head or two per season after the first 5-7 years of having their irrigation system.”

So should you replace or repair your existing irrigation system? Take a look below for a few questions to help find your answer.

Has Your Landscape Changed Significantly?

As a homeowner, your landscape is a dynamic, living system. Plants and trees that are a part of it will grow and, in turn, their irrigation needs will change over time. Sometimes these plants are replaced by other plants that require different needs.

In this case, your current irrigation system may not be providing the proper coverage.

“With landscape changes comes challenges of watering needs and requirements,” continues Ogden. “The homeowner may have to move or add heads to accommodate the new landscape. They will also have to lower or raise the heads depending on the landscape they choose.”

An irrigation expert can help determine whether or not an existing system can be adjusted for your landscape’s new conditions.

Are You Concerned About Reducing Your Water Usage?

Today’s irrigation components for landscapes are much more water-wise than those built 10-15 years ago. In other words, replacing your irrigation system will definitely cut your water consumption and, in turn, your bill.

While upgrading your entire irrigation system will cut your bill, upgrading single components of your system will assist with this as well. For example, replacing an old sprinkler timer with a new technology called a weather-wise controller can save you 30-40% in itself.

Learn more about this weather-wise controller and other water-saving technologies here.

What Are Your Budget Concerns?

Replacing your entire irrigation system can run thousands of dollars. For some homeowners the immediate reduction in water bills is worth the investment. For others, however, they prefer replacing parts of their system as needed in order to avoid spending a large sum all at once.

So how much does an irrigation system cost if a homeowner decides to replace it?

“It depends on the landscaping of the property,” continues Ogden. “Irrigation systems should be installed for head-to-head coverage and personalized for the water requirements for each area of the property.”

And what about simply replacing the parts of an irrigation system that need replacing? Which parts are the most common to fail and how much do these parts cost to repair?

“A backflow preventer, which protects drinking water from contamination, will require maintenance and eventually fail. The cost of repairing this part of an irrigation system depends on the size.” 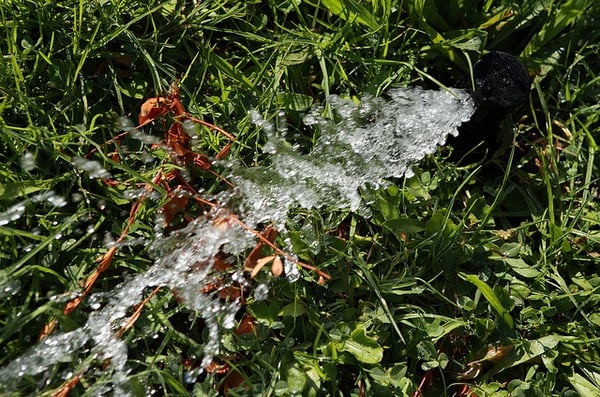 Should Your Replace or Repair Your Irrigation System?

There is good news when deciding on whether to replace or repair your existing your irrigation system and that’s the biggest component of your system, your underground piping.

“The PVC pipes that make up your underground piping should last a lifetime if installed correctly,” concluded Ogden, “The main reason this piping fails is due to friction from trying to push too much water through or bad glue joints.”

In other words, if you have or are planning on expanding your landscape, you should replace your irrigation system. If you are simply interested in saving money on your water bill and within your budget, however, repairing your sprinkler heads, timers and valves will work just fine.

If you are unsure which approach is right for you and your property, however, give us a call for an estimate. You will then know what a replacement system would cost, along with your estimated water savings, and you can determine your ROI from reduced water costs.

If you’d like assistance in determining the next step with your irrigation system, call Kelly Ogden at Michael Hatcher & Associates, Inc. at 901-755-3207 to schedule a consultation. 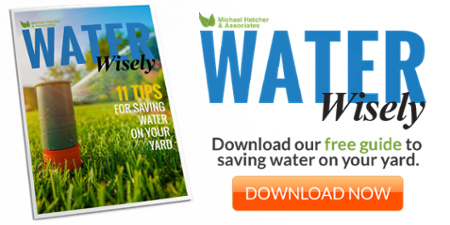